"Man is by nature a social animal"

A regional perspective on Black Sea Flotilla. Sound premises or is just building castles in Spain?

In accordance with the Montreux Convention Regarding the Regime of the Straits (1936) that gives Turkey control over the Bosporus Straits and the Dardanelles and regulates the transit of naval warships.

Defense Minister Mihnea Motoc announced on January 31st 2016 that Romania was taking the first steps to negotiate with NATO the set-up of a regular multinational naval patrol in the Black Sea.

This concept received a strong support from president Klaus Iohannis who, on March 3rd 2016, spoke about the need to “initiate the procedures for the creation of a multinational naval group” (Klaus Iohannis)

The Bulgarian Foreign Minister Daniel Mitov, while in Brussels, has said Bulgaria was exploring the options to take part in a joint standing maritime group of NATO in the Black Sea.

On June 1st 2016, within the framework of the Sofia Summit of the South East Europe Cooperation Process, the Romanian and Bulgarian prime-ministers also talked about the NATO Warsaw Summit from July 8th and implicitly about the Romanian proposition.

Yet surprisingly when Romania’s president visited Bulgaria, on June 15 – 16th 2016, we have received a negative response on behalf of the Bulgarian counterparts. The Bulgarian prime-minister, Boiko Borisov, out of domestic policies rationale, stated a contrary opinion saying that he doesn’t want the Black Sea to become an area of military conflict.

Under these circumstances the Romanian president seemed to back up by denying any plan to create a Black Sea fleet and thus reducing the project to mere common exercises of the naval forces of the three allied countries. Thus this project turned up to be, at least in the public opinion perception, similar to a famous Radio Yerevan joke

Question to Radio Yerevan: “Is it correct that Grigori Grigorievich Grigoriev won a luxury car at the All-Union Championship in Moscow?”

Radio Yerevan answered: “In principle, yes. But first of all it was not Grigori Grigorievich Grigoriev, but Vassili Vassilievich Vassiliev; second, it was not at the All-Union Championship in Moscow, but at a Collective Farm Sports Festival in Smolensk; third, it was not a car, but a bicycle; and fourth he didn’t win it, but rather it was stolen from him.” (Source)

This project is currently perceived as a failure of the Romanian negotiating team who seem to have more or less taken as granted the Bulgarian and Turkish approval.  Moreover this project appeared to be promoted rather late, without an active diplomatic promotion campaign, without the support of all the engaged actors and somehow on a rather discreet note and not as public and vocal like in the case of the Poles and Baltic peoples that promote their  interests both in a regional and abroad context.

Although there are voices that say that at the Warsaw Summit the Black Sea Flotilla topic would be on the agenda it is quite difficult at the time being to say whether it is going to be promoted on the all the participants agenda or whether it will figure on the Final Statement of the Summit.

The recent debate on strengthening the NATO Black Sea flank attracted considerable public attention in Bulgaria as well and opened again the discussion about country’s role and commitments as member of NATO. However, in order to gain a better understanding on Bulgaria’s position, several background facts are worth considering.

“Always with Germany, never against Russia”. The basic principle of the Bulgarian foreign policy under Tsar Boris III in the first years of the World War II seems to be still valid nowadays, though modified to “Never against Russia, never against the European Union/NATO”. This explains the general approach of several Bulgarian governments in a row, which attempt to strike the balance between country’s EU and NATO commitments and the legacy of the past. (see more)

Unlike other former communist countries, according opinion polls, Russia enjoys a relatively good image in Bulgaria, which to a great extent is due to a purely historic reason – Russia’s role in the liberation of Bulgaria and the reestablishment of the Bulgarian statehood in the late 19th century as a follow-up on the Russo-Turkish War (1877-1878). This replicates into a feeling of long-lasting gratitude among many Bulgarians, which together with the Orthodox Church, is still perceived as an important basis for the relations between both countries. In recent these bilateral relations have been heavily dominated by the energy topic. Bulgaria is dependent on Russian imports for 90% of its gas supplies; operates a Russian-type nuclear power plant; and has another nuclear plant in the pipeline (initially started with Russian companies but without definite plans for the continuation of its construction).

Other background fact of paramount importance for the Bulgarian position regarding a stronger engagement of NATO in the Black Sea region is the recent confrontation between Russia and Bulgaria’s Southeastern neighbor – Turkey. According to the latest census in 2011 the Turkish minority totals app. 10% of country’s populations, thus forming the second largest ethnic group in Bulgaria. This demographic pattern has a political repercussion – Turkish and Muslim constituencies in Bulgaria traditionally support the Movement for Freedoms and Rights, a centrist political party, which despite being currently in opposition, has been always a major player on the domestic political scene.

In conclusion, when trying to understand Bulgarian positions regarding power shifts in the wider Black Sea area, one should consider the multi-layered landscape that determines the main policy directions of the country and its specific room for maneuver. In the most recent debate on fortifying the presence of NATO in the Black Sea, it is obvious that the official positions of Bulgaria will be impacted by the above-mentioned facts as well as by the intention of the Bulgarian government not to take part in an ongoing confrontation between countries in the region. This does not exclude the participation of Bulgaria in strengthening the NATO Black Sea flank provided that such a policy direction emerges as a common initiative under the umbrella of NATO and not as a proposal from one or another country in the region.

Since January this year Romanian and international media reported that the Romanian government has the ambition to create a regular Black Sea flotilla under the NATO auspices in response to Russia’s annexation of Crimea. Certainly the initiative has attracted the attention of the other Black Sea littoral states including Ukraine. Romania declared that this issue will be put on the agenda of the NATO’s Warsaw summit and alongside with the Poland which is aiming to contribute into the security of the Baltic Sea littoral states, Romania is the one who is going to take the same mission in the Black Sea. This fact reflects the ambition of Bucharest to gain more influence and to cooperate and sometimes compete with Poland in shaping the agenda for the EU in its neighborhood policy. Also it highlights the personal ambition of President Iohannis to prove that his presidency can be a very important step forward in the development of Romania.

Romania already mentioned that it is favoring the participation of Ukraine and Georgia in the activities of the aforementioned flotilla. That was a friendly step since it proved that Romania is not trying to use the moment for monopolizing its role in the Black Sea but seeks for the broad cooperation with the other interested parties. In this regard, although Georgia does not have the fleet and Ukraine has limited capacities in this field, the potential of the Ukrainian and Georgian coast guard and the ports that Ukraine and Georgia obtain at the Black Sea can be a significant contribution into the activities of the NATO’s Black Sea flotilla.

Besides, it is important to note that Russia’s seizure of the significant part of Ukrainian fleet has changed the balance of power in the Black Sea and in cent motivate Turkey to ease the implementation of some of provisions of the Montreux Convention although still with some restrictions imposed by Ankara.

Naturally the idea is supported by Georgia and Ukraine. Both countries are intimidated by the increased Russian presence in the Black Sea and seek for some balancing powers, both are limited in their capacities to use the status of the littoral state and the economic potential of their ports and thus will support patrolling by NATO flotilla and both will use the creation of the flotilla for proving their role in NATO’s newly invented 28+2 formula.

*EDITOR’S NOTES I’d like to thank all the contributors to this post. Your efforts have made this first collaborative experience on this website very enjoyable, and very rewarding. 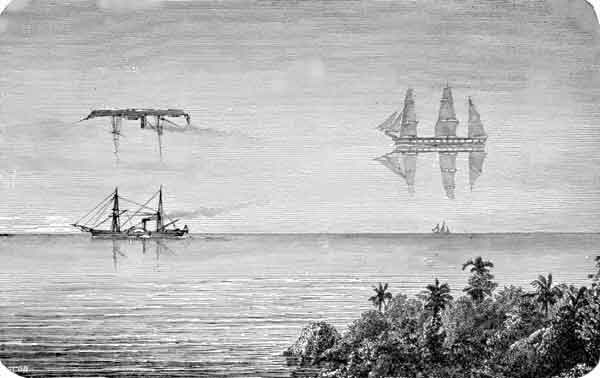